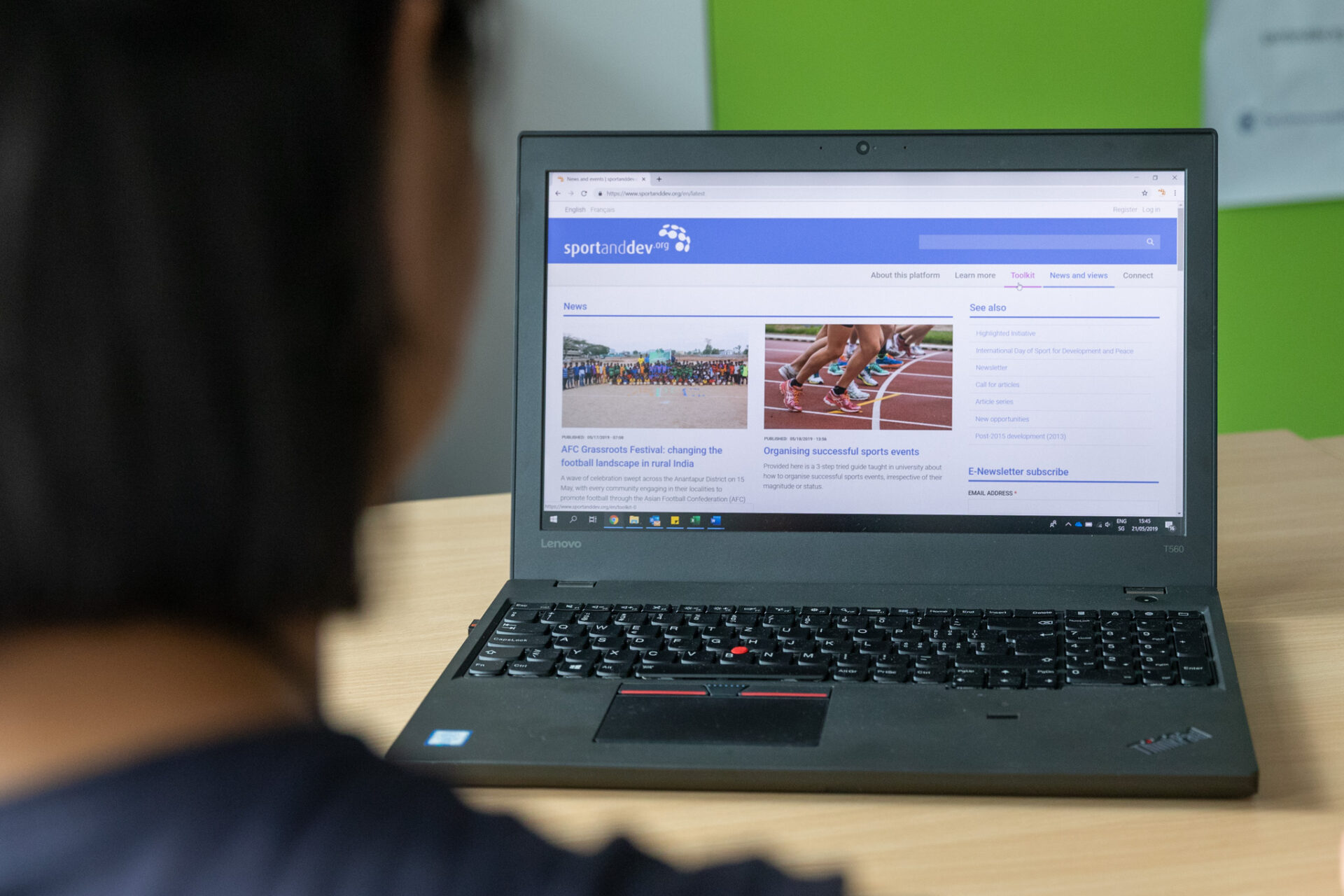 How do we connect the stakeholders involved in the Sport and Development sector? This question was asked in 2003, when SAD launched the international platform sportanddev. Since then, over 1000 organisations and 9500 individuals from around the world have registered on the website.

Sport has been used in development for decades. However, for the majority of the twentieth century, it was largely unrecognised as an effective tool. Why set up a sports programme when basic needs – water, food, safety – are not always met?

The emergence of a sector

During the late 1990s, this began to change. The European Commission recognised the “social significance of sport”, some household name NGOs began using sport in development programmes and a growing number of organisations were established specifically with the purpose of using sport to reach social objectives. In 2001, the first UN Special Advisor on Sport for Development and Peace, Adolf Ogi, was appointed. The idea that sport could be used to support a range of goals – from post-disaster recovery to HIV/AIDS prevention – was gaining traction.

But how could a sector, still in its infancy, continue to grow? Was sport really as effective as its proponents claimed? How many organisations were using sport in development and how could they work together to maximise their effectiveness?

The birth of a community of practice

At the first-high level conference on sport and development – in Magglingen, Switzerland, in 2003 – a call was made for an online place of community. sportanddev was born. It ran as a simple database of organisations until, in 2008, the project was expanded to include news and commentary articles, publications, a calendar of events and an internal messaging system.

This has led to meaningful results. Knowledge gained has improved the effectiveness of programmes. Connections made have led to partnerships. Advocacy has enabled policy change.

The sport and development sector has now come of age, and sportanddev has been crucial in building it up. It has created a sense of community, enabling the sector to grow in knowledge, strength and recognition.

“The platform is the only place where researchers, practitioners and those that are interested can read about the sector. I think sportanddev has become the best – the one and only platform – that brings everything and everyone together.”