Looking back on 25 years 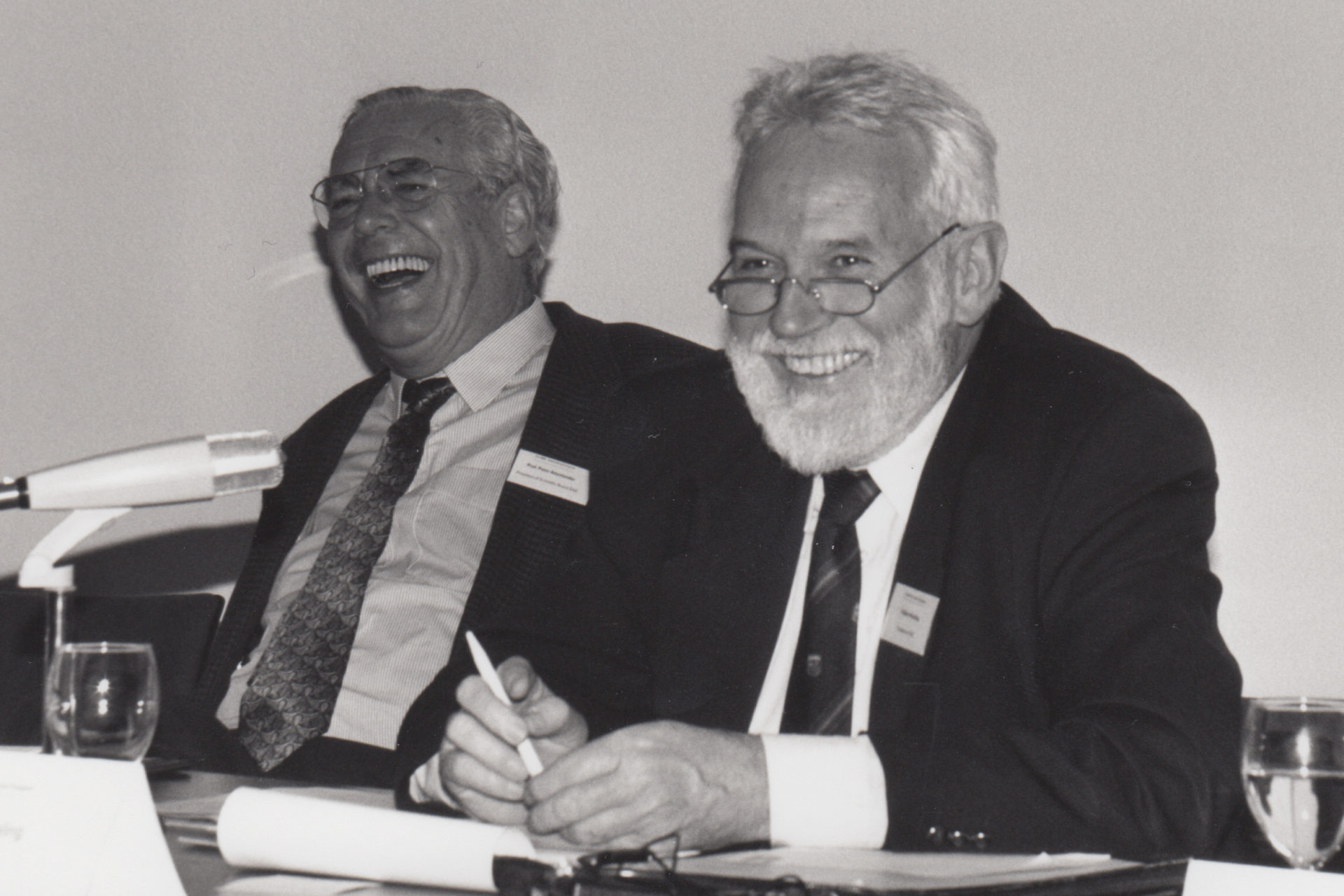 SAD is celebrating its 25th anniversary. Working at the intersection between theory and practice, SAD uses sport and play to give young people around the world the opportunity to live a healthy life, with access to education and employment.

When Fridolin Kissling and Peter Atteslander met in front of the media on 8 March 1991 in the Landhaus in Solothurn, they were not presenting ‘just another research institute’. No. The former Director of Caritas and the professor emeritus of Sociology explained that SAD was filling a gap. It was bringing together development work in the field and research.

Kissling and Atteslander put into action their aim of linking theory and practice by organising the foundation. SAD would not only carry out research into development but would also run its own projects. Academic rigour was ensured by an academic board of internationally renowned trustees. Participants at the first congress – opened by Peter Atteslander in September 1991 in Neuchâtel – included peace and conflict researcher Johan Galtung and the German social scientist Dieter Senghaas.

In the mid-90s it became clear that the impressive-sounding name of the academic board of trustees was more than just decoration. Against the backdrop of the Rwandan genocide and the Yugoslav wars, SAD developed an early warning system for predicting social breakdown. In March 1995, SAD moved from Solothurn to its current premises in Bözingenstrasse, Biel.

The end of an era

When SAD was ten years old, it was in a period of transformation. In 2001, the Foundation Board set up administrative offices in Biel. The aim was to make SAD’s research fruitful in practice. With the death of Fridolin Kissling in the same year, and Peter Atteslander’s retirement only a few months later, SAD’s founding era came to an end.

The signs were pointing to a new beginning in terms of theme too. In February 2003, SAD coordinated the first International Conference on Sport and Development in Magglingen, thereby laying the foundations for our current work in the area of sport and play.

Magglingen Conference: Sport as a tool for development

Over 320 participants from 55 countries attended the Magglingen Conference, and advocated the promotion of sport as a tool for development cooperation. In the Magglingen Declaration, the delegates stated that ‘Magglingen is a first step in our commitment to create a better world through sport’.

In the same year, SAD launched sportanddev.org, an internet platform on sport and development. The idea arose at the conference. When sportanddev.org celebrated its 10-year anniversary in 2013, it had become the most important information hub and networking forum for people active in the field.

Sport and play for health, education and employment

Sport and play has had an important role in other projects since the Magglingen Conference. One of the many examples is the education programme Move 4 New Horizons, which was awarded the UNICEF Sport for Education Award.

In South Sudan, SAD is using sport and play to facilitate the road back to normality for women traumatised by war and violence. In India, Move&Improve is giving disadvantaged children the opportunity to successfully start school thanks to sport and play preschool activities. And in Myanmar, SAD is supporting young adults on the way to independence, also with a sport and play-based approach.

Monitoring and evaluation plays a particularly important role in all of SAD’s projects. SAD is also externally mandated to carry out evaluation, and conducts applied research, thereby continuing its tradition of specialist research.

Health, education and employment with sport and play – that’s our programme here at the Swiss Academy for Development as we start out on the next 25 years. We are also using our anniversary year as an opportunity to refresh our public image. That’s why, on our 25th anniversary, we’re not just looking to the past but also setting out important points for the future.